Tingting Yao started learning piano at the age of 3. From this start, Miss Yao went on to win a number of National competitions at an early age. These included: a Silver Prize at the Shanghai “Tianshan Cup” Piano Competition (1992); First Prize at the “Five Continents Cup” Shanghai Young Pianist Competition (the 5th division, 1993); First Prize at the “Haiman Cup” Piano Competition (Grade 7, 1997). Miss Yao was then selected for the prestigious Shanghai Conservatory of Music at the age of 9, where she studied under the guidance of Professors Xiaosheng Zhao and Zijie Wu. 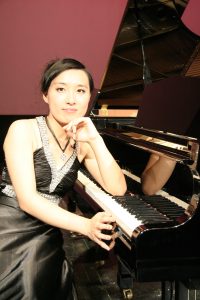 In 2005, Miss Yao entered the Music Department of Tongji University Shanghai with the highest mark on the entrance exam. During her 4 years at Tongji University, Miss Yao was selected every year as a participant for the Shanghai International Piano Master Class under the guidance of Professor Minduo Li. Miss Yao was also involved in numerous of concerts and served as a soloist as well as an accompanist for singers, instrumentalists and university choirs. Highlights included close collaboration with Carnegie Mellon University (CMU); the offer of a fully paid scholarship to Central Michigan University (declined); and, her highly acclaimed performance of Mozart’s “Rondo for Piano and Orchestra in D major, K.382”with the German Baden-Württemberg Symphony Orchestra for Tongji University’s 100th Anniversary Concert.

In 2011, Miss Yao graduated from Melbourne University with a Master of Music (performance/teaching) degree. Since then, Miss Yao has served as a piano teacher selecting from the pianists all over the world to work at Lang Lang’s Music World in Shenzhen, China. As this is Lang Lang’s first piano school, Miss Yao and her students benefit from close collaboration and feedback from Lang Lang himself. Besides teaching, Miss Yao has been an active musician performing in Shenzhen. Highlights have included Rachmaninoff Piano Concerto No.2 in C minor (1st mov) with Shenzhen Symphony Orchestra at Lang Lang’s “Love, together” charity concert; “Golden Trumpet” trumpet recital (principle trumpet of China National Orchestra) at “Beautiful Sunday” Concert Series; Shenzhen Singers and Music Association Gala Concerts.

During 2014-2016, Miss Yao was flourishing as a collaborative pianist while studying at Royal Birmingham Conservatoire, United Kingdom, where she obtained an Advanced Postgraduate Diploma (APD) in Collaborative Piano, and a Master’s Degree in Piano Accompaniment (with distinction) 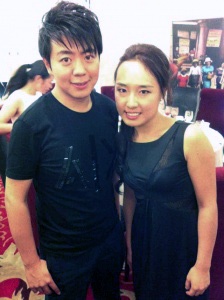 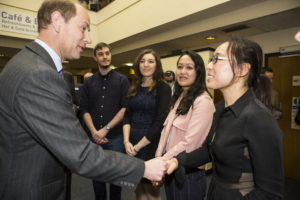